This Custody Battle Is Fierce, Are Your Kids Getting Hurt In The Process?

[C]ustody battles aren’t easy. Something so fraught with emotions and crucial decisions could never be a walk in the park. As well as fighting to keep your kids, you’ll go against the person you loved. It’s no surprise, then, that many custody battles get fierce fast.

The trouble is, when you’re focused on winning custody, it’s all too easy for those blows to miss their mark and land in the wrong place. What’s more, your kids are the ones at risk of stray shots. And, isn’t their well being the reason you entered this fight in the first place?

Yet, when things hot up, you may take your eye off their emotions altogether. But, your children didn’t ask for this. While the process is bound to hurt them in some way, you can at least lessen the sting by asking yourself the following questions.

This Custody Battle is Fierce – Have You Asked What They Want?

Of course, you asked what your kids wanted, way back when all this began and… Oh, hang on. Perhaps you only MEANT to ask. Well, it doesn’t matter, because you know what they want, and they want to be with you. Or, do they? Given that custody decisions impact our kids more than anyone, it’s criminal how rarely we consider their desires. A judge does often ask for the child’s opinion, but this won’t necessarily impact final decisions. After all, a child may not know what’s legally best, and that’s what a judge must focus on. But, as a parent, you need to consider their opinions. Now, I am not advocating that children get to choose, any more than a child gets to drive or vote before the proper age, but I am promoting that you have the discussion and consider their opinions as one part of the decision.

Are You Pushing Your Ex Out of Their Lives?

Kids benefit from two parents. If your ex-partner has done nothing more than deciding she doesn’t love you, she shouldn’t cut you from your kid’s lives. Yet, when custody heats up, she may do this without even thinking. For instance, she might fight for full custody without thinking how not seeing their dad would impact your children. Equally, if your wife relocated from another country to be with you, her residency may depend upon your statements. As you’ll find if you click here to learn more, your refusal to cooperate could see her sent away. And, when you’re angry, that might sound like the best thing. Don’t make that mistake. Always do what you can to ensure you both have a part in your children’s lives.

This Custody Battle is Fierce – Are You Trying to Get Them on Your Side?

You know you shouldn’t talk badly about their mom in front of your kids. But, when your blood was boiling, you might have bad-mouthed her a little. Hell, she deserved it! But, did your children? If you’re in their ears about your Ex, you’ll make your kid’s lives harder. Irrelevant of what’s happened, they love you both. Never try to get your kids on your side to justify how you’re feeling. Instead, keep them as removed from the arguing as you possibly can. Besides getting them to take sides in child custody case, almost always backfires.

What additional advise or comments would you add?

A Co-Habitation Agreement: What You Need to Know 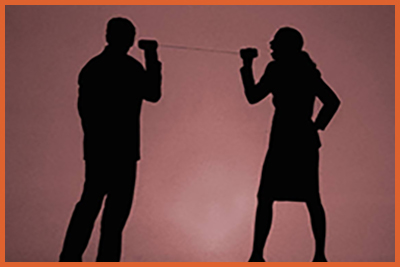 Are You the Problem When Johnny Doesn’t Want to Visit?

Who Gets to Claim Johnny on Taxes?