[I]n 2009, a 555 pound, 14 year old South Carolina boy was removed to foster care after his mother was arrested and charged with criminal neglect. The state’s Department of Social Services had determined that without state intervention, the boy was at risk of serious harm.

Two years later, a Chicago father, who’s children live with him most of the time, brought up his children’s weight and health in discussions with his lawyers. He claims the children’s mother frequently buys them fast food and they are less active with her, and that the children are more active and healthier with him.

In recent years, a child’s weight has become an issue in custody cases, and some states have added guidelines that include, “the physical and emotional well-being of the child.”

One parent in Oregon lost custody after a judge heard a case where a child was basically, “fast food restaurants morning, noon and evening.” His weight skyrocketed to his age-adjusted 95th percentile. (In fairness, he also was behind in vaccines, and other medical care was ignored).

“It used to be constantly and consistently about smoking,” said Jeff Wittenbrink, a family law specialist in Baton Rouge, LA, “it’s only been recently where one parent thinks their kid’s not active enough, is gaining weight and eating sugary food.”

[tweet “Should obesity be a factor in child custody cases?”]
In July 2011, David Ludwig, obesity expert at Children’s Hospital in Boston, wrote in the Journal of the American Medical Association, that, “in severe cases of childhood obesity, removal from the home may be justifiable.”

One family attorney says obesity is only one factor in determining child custody but, “if all things are equal but one person only feeds fatty foods and children have weight problems, I think it can become an important distinguishing factor.”

What are your thoughts on this difficult issue? Should obesity be a factor in child custody? 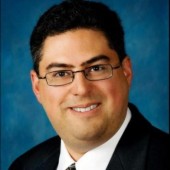 Great Ways to Reduce the Impact of Divorce On Your Kids

The Parent’s Guide To Protecting Kids From A Breakup