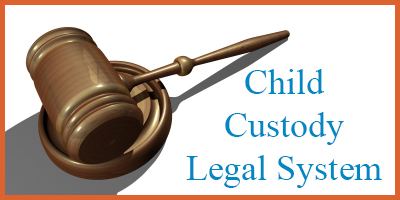 As Americans, we have the best legal system in the world. That said, surviving through the child custody legal system perhaps after a divorce, annulment, or paternity suit, can be the most taxing experience of your life. Assuming you cannot agree at the time of the separation, we have a state run system or jurisdiction process to assist parents in determine who has legal or primary custody of the child or children. Despite popular belief and a great campaign to use more fair language like “joint custody,” courts and judges in American determine “primary custody” based on the “best interest of the child” concept. For now, will I explain four aspects of the child custody legal system.

Getting Divorced with Children:

Getting divorced with children is more complex because most states require one of the parents to be the primary or custodial parent even, if you split the time with the kids 50/50. More so, the custodial or primary parent, is allowed to establish primary residence, usually pick the schools, and receive child support from the other parent. Therefore getting divorced with children has to be taken very serious as the implications are long lasting.

p style=”text-align: justify;”>With so many court room drama shows on television, people generally believe that the court system is fair, after the truth, and always looking out for the best interest of all involved. Unless you and your Ex agree on every single aspect of your divorce and custody of your kids, nothing could be further from the truth. Contested divorces can involve multiple hearings in front of a judge, home visits from case workers, financial evaluation of income, division of property by a third party, and the list goes on and on. It is a slow, complex, and costly process that usually requires professionals… attorneys.

The Cost of Fighting for Custody:

The sad truth is fighting for custody in a contested case can take two to five years, tons of personal time, effort and money. Furthermore, as a male, you will be fighting an uphill battle of stereotypes that “mom’s are the better parents.” While I believe the system has become slightly more fair over time, after watching courtroom cases as a bystander, I tend to agree that when “all things are equal,” moms usually are the better parents. Therefore you must be exceptional, determined, and without question–the better parent! You must really decide ahead of time that it is worth the fight, and not just an effort to get out of paying child support.

In rare exceptions (in a few states), the non-custodial parent is going to pay some amount of child support to the primary custodial parent. This support, sometimes along with spousal support, may get established at the first or temporary hearing. While the process varies from state to state, it is usually based on a percentage of income and the number of minor kids to support (along with other elements). Again, not like in the movies, this could be determined in five minutes from a judge on nothing more than a few sentences of testimony. Keep in mind this amount may not necessarily be determined based on facts such as pay stubs and tax statements. Study and understand completely how this formula is figured out in your state. I cannot over stress the need for an attorney to aid you in this matter. 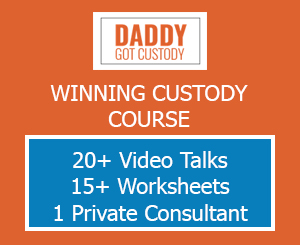